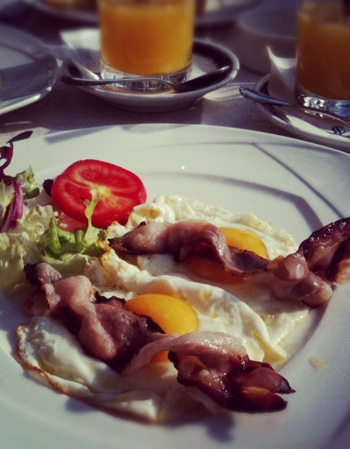 Breakfast is the first meal taken after rising from a night's sleep, most often eaten in the early morning before undertaking the day's work. Among English speakers, "breakfast" can be used to refer to this meal or to refer to a meal composed of traditional breakfast foods (such as eggs, oatmeal and sausage) served at any time of day. The word literally refers to breaking the fasting period of the prior night.

Breakfast foods vary widely from place to place, but often include a carbohydrate such as grains or cereals, fruit and/or vegetables, a protein food such as eggs, meat or fish, and a beverage such as tea, coffee, milk or fruit juice. Coffee, milk, tea, juice, breakfast cereals, pancakes, sausages, French toast, bacon, sweet breads, fresh fruit, vegetables, eggs, mushrooms, baked beans, muffins, crumpets and toast with butter or margarine and/or jam or marmalade are common examples of breakfast foods, though a large range of preparations and ingredients are associated with breakfast globally. 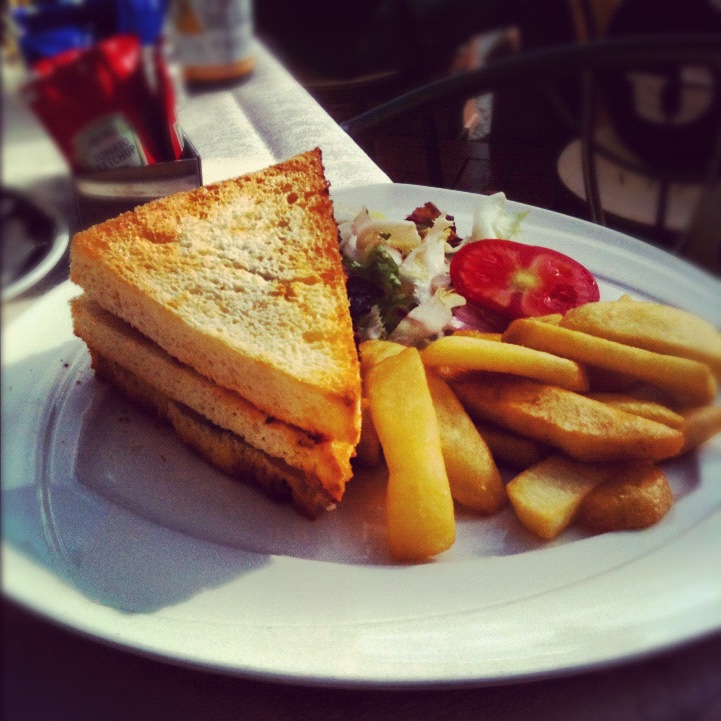